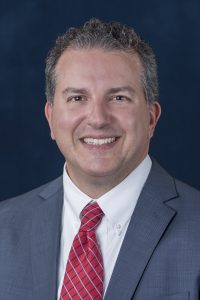 This past Friday, Panama City’s Jimmy Patronis was sworn in as the new Chief Financial Officer (CFO) of Florida after Jeff Atwater’s premature exit from office the same day.

When Jeff Atwater announced his resignation in February to accept the position of Vice President for Strategic Initiatives and the role Chief Financial Officer at Florida Atlantic University, the potential list of replacements grew large but ultimately the Panama City republican was selected.

As CFO, Patronis will head the Florida Department of Financial Services (DFS). According to the CFO website he also “oversees the state’s accounting and auditing functions and unclaimed property, monitors the investment of state funds and manages the deferred compensation program and risk management program for the state.”

Patronis will also have other duties including the oversight of insurance agencies, enforcement of workers’ compensation packages and the role of state fire marshal. In his new role, he will manage an office of over 2,000 employees on a nearly $300 million budget.

The choice of Patronis to the position received praise from the outgoing Atwater, who has served as CFO since 2011. Atwater referred to Patronis as a “dedicated public servant” and an “esteemed entrepreneur.”

The 45-year-old, fifth-generation Floridian’s legislative experience began in 1995 when he interned in the Florida Senate. The following year, he served as a research assistant in the United Kingdom’s House of Commons. In 1994, he earned his associate degree from Gulf Coast Community College in restaurant management and then received a bachelor’s degree in political science from Florida State University in 1996.

Patronis is also no stranger to gubernatorial appointments due to his selection to the Florida Elections Commission first by Gov. Lawton Chiles in 1998 and then by Gov. Jeb Bush in 2001.