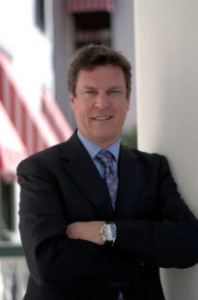 Following the November 8, 2016 elections, the newly elected and veteran legislators gathered in Tallahassee for Organizational Session. While the freshmen legislators were given the grand tour, and attended various seminars on their new positions, many other veterans began filing bills and getting to work. The Senate passed the Presidential gavel from Senator Andy Gardiner, to current Senate President Joe Negron. The House of Representatives also transitioned from leadership under Speaker Steve Crisafulli to current Speaker, Richard Corcoran.

When a new President or Speaker begins his term, he has the privilege of establishing rules for his respective chamber that will continue to be in place throughout the duration of his term. Generally, most new leaders make minor changes to the rules, however, Speaker Corcoran set to work re-writing a large portion of the House rules, focusing heavily on lobbyists and lobbying activity. Among the changes made, Speaker Corcoran proposed a ban on lobbyist communications via email, cell phone, text message, and the like during all formal meetings of the House of Representatives, including interim committee meetings.

Additionally, Speaker Corcoran implemented additional disclosure requirements of all lobbyists when they meet with or speak with any member of the House; the new rule requires additional registration on the House of Representatives’ website identifying the bills the lobbyist plans to lobby on and the clients affected by those bills.

Senate President Joe Negron, on the other hand, did not make the drastic changes to the Senate’s rules as his counterpart in the House did. President Negron made the usual assortment of minor changes, but nothing significantly different or burdensome.

The House of Representatives announced its new slate of committees and chairs, but has not identified the chairs of any sub-committees. Speaker Corcoran plans to collaborate with the committee chairs in selecting sub-committee leadership. He has not yet released a roster of committee members nor has he identified any subcommittee chairs. Representative Jose Felix “Pepi” Diaz has been named the chairman of the Commerce Committee, and most insurance matters flow through this committee.

At last week’s Organizational Session, the House nominated and approved the following members in leadership roles:

A number of potential health insurance legislative priorities have been circulating. If Congress eliminates the Affordable Care Act, look for the Florida legislature to pursue legislation removing references to it from Florida law, and potentially other changes. The Family Glitch issue might return this year, after a bill sponsored by Rep. Stark failed last session. The bill would likely seek to allow small groups to allow employee only coverage, excluding dependents. There is some concern that amending the law to allow some dependents to qualify for a subsidy could result in other dependents losing coverage options.

There has been talk of a bill to raise the cap on HSAs to 400% of poverty level as well as allowing the use of pre-tax dollars until the deductible is reached. Additionally, we may see legislation proposing to make annual deductibles portable when an enrollee switches health plans and has already met a certain portion their original plan deductible. Commissioner David Altmaier and the Florida Health Insurance Advisory Board have held an initial meeting to discuss some of these concerns and will hold another meeting closer to session.

Additionally, we have been contacted by Rich Robleto, on behalf of Commissioner Altmaier, regarding open enrollment under the Affordable Care Act. The Office of Insurance Regulation (OIR) has reached out to NAIFA and several other entities that assist in the open enrollment process to emphasize the fact that approximately 400,000 current participants will need to select a new plan for 2017 due to several insurers leaving the Exchange. The OIR is encouraging consumers to proactively go to the Exchange to select their new plan, rather than utilizing CMS’ auto-enroll initiative to passively enroll in a new plan. The OIR and the Commissioner ask that NAIFA encourage enrollees to choose their own plan online and be proactive in obtaining health care.

STOLI legislation will again be sought by NAIFA Florida, ACLI, and several large life insurers, it’s been a fight for many years with the viatical settlement industry. The bill got very far last year, and is going to be filed again. We will continue to work on this bill and with its sponsors to keep it as in tact and effective as possible.

We will be pushing for legislation to eliminate attorneys’ fees, and to crack down on other abuses being engaged in by property claims vendors throughout Florida, especially with respect to water losses utilizing an Assignment of Benefits. While some reforms can be enacted, the root of the problem is granting vendors attorney fees, and this issue has a low probability of passage. Like the property AOB problem, “glass farming” and replacing windshields without the chance for the insurer to inspect and adjust the claim is out of control. Last years’ solutions ended up with a notice to consumers that AOB’s might be bad…which won’t fix the problem at all. The Trial bar is against any AOB reform, so we give this a low probability outcome.

Former Representative, now Senator Frank Artiles has advanced the appraiser and umpire licensing bill for two years. We anticipate Senator Artiles will be back and pushing it again. In regards to Flood, Senator Brandes will likely once again file legislation moving back the dates before which private insurers issuing flood on their own policy must file rates.

UBER and the Taxi companies continue to fight tooth and nail on the transportation network companies issue. While the insurance issues are not the core issue, (the ability of local ordinance to keep UBER and others from operating is the core issue) it gets held up because if we clarify the insurance coverage for TNC companies, it removes one big argument the taxi industry proffers as a reason to not overturn local ordinances. We believe this bill has a 75% chance of passage.

We anticipate legislation which would delete PIP from our statute, and move Florida to a mandatory bodily injury state. This tort-based system replacement could make our already horrendous bad faith problem worse. Some insurers like it. Health insurers fear they will now pay the losses for health care in legitimate auto accidents without getting a rate increase, so lobby against it vigorously. Hospitals will also oppose this change. We give this a medium to low chance of enactment. Similarly, bad faith initiatives might be linked to the PIP/BI issue. The bill might not even get filed this year, but we might be able to force an amendment to the PIP/BI bill.

We are working with a coalition to gain approval of legislation making texting while driving a primary, instead of a secondary, driving offense. We believe this legislation has little chance of enactment.

As you can see, the 2017 session is underway and it doesn’t even officially start until March. We will continue to provide monthly updates throughout the interim committee weeks. Please contact us with any questions or concerns you may have.