Thanks to our Symposium Sponsors:

CLICK HERE FOR INFORMATION ON HOW TO BECOME A SPONSOR OR EXHIBITOR.

Are you looking for great ideas, new ways to sell, or new ways to work smarter that will help grow your business?
Then the NAIFA-Florida Financial Advisors Sales Symposium is for you!
Mark your calendar and join us July 14-15, 2022 at the Reunion Resort, Orlando.

Throughout the 1980’s Rowdy Gaines was the fastest swimmer on the planet. His world records confirmed his place in swimming history. The Olympic Boycott of 1980 came during the peak of his career, when he set world records in the 100 M and 200M freestyles and Swimming World Magazine voted him World Swimmer of the Year. He was expected to win five Olympic gold medals in Moscow, but he was not able to realize that goal.

After a brief retirement, the allure of competing proved too strong, and he returned to the pool, where the consummate technician resumed his attack on the record books. At the 1984 Olympic Games in Los Angeles, no swimmer won more races than he did with his three gold medals in the 100M freestyle, the 4x100M freestyle and medley relays. During his career he broke a total of 14 World Records.

​In 1991, the swimming world was shocked to hear that Rowdy had contracted Guillan-Barre Syndrome, an autoimmune virus that attacks the nervous system. Completely paralyzed for over two weeks, Rowdy fought back, overcame the disease and one year later went to the World Masters Championships and won the glamorous 50 and 100-meter freestyle events.

He has also been inducted into the US Olympic Hall of Fame and International Swimming Hall of Fame and works with many charitable organizations including the USA Swimming Foundation, Swim Across America benefitting research for cancer and Special Olympics.

Today, he is Vice President of Aquatics for the Central Florida YMCA as he talks to kids, mentors them and spreads the message that championship comes not from the outside but from the inside, and that dreams can come true if you believe in yourself.

​Today, Gaines is often referred to as “Swimming’s Greatest Ambassador.” Maybe life goes on without the Olympics, but not for the fastest swimmer on Earth. His determination to compete in Los Angeles in 1984 and his stellar success mark Rowdy Gaines one of the world’s most dedicated as well as ambitious athletes and symbolize the American quest for more than gold.

Please check back for schedule updates. More information will be added as it becomes available.

NAIFA- Florida Board of Directors Meeting
Directors Only

Dinner on Your Own

Young Advisors Networking – at the Bar!

Please take a moment to visit each exhibitor for a chance to win great prizes! 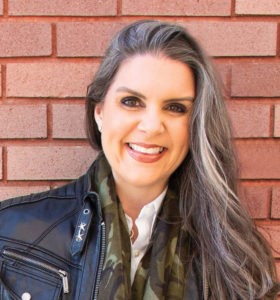 Susan tells the story of how her father, a 2-star General, provided the motivation for her to “Do more, better!” His inspiration helped Susan climb the ladder of success – growing up in Missouri and moving to New York City to become a top insurance broker! Her story will inspire you, too! 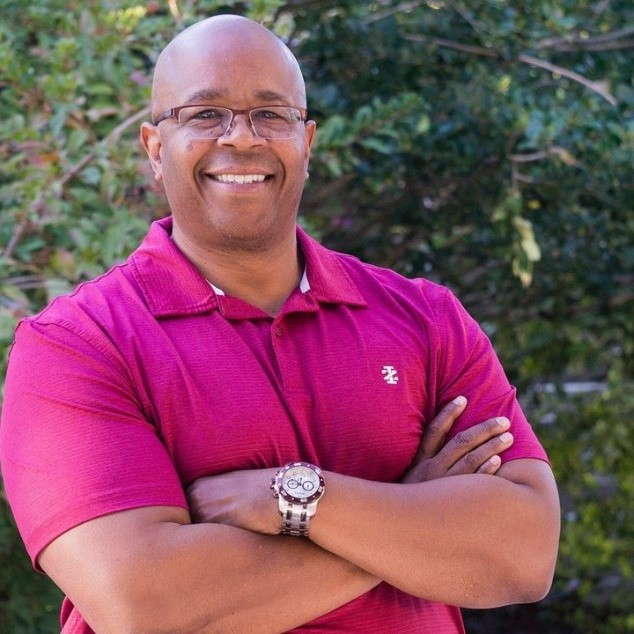 Has the volatility and uncertainty of the past few years made you more crisis-driven than crisis manager?  Ever feel like you are spinning multiple plates and if you look away for a second, one of them will fall? “Silence the Noise” will take you through a proven process to separate distraction from essential, ancillary from relevant, and set you on a path recreate and sustain your competitive advantage. 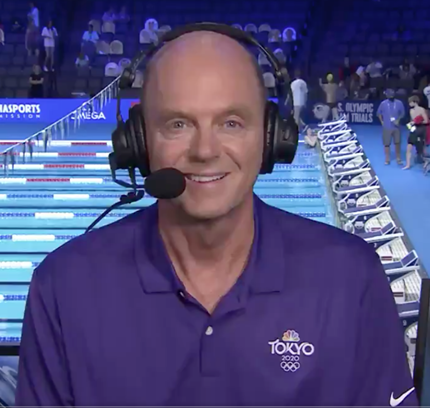 “Dedication and Commitment Through Tough Times”

3-Time Olympic Gold Medalist in swimming, Rowdy is known as the “Voice of American Olympic Swimming”. You’ve heard him call each race of swimmer Michael Phelps on NBC! He’ll share his Olympic experience and the challenges of Gullain-Barre Syndrome – to remind each of us that we can make it through tough times! Don’t miss this awesome presentation on the Main Platform!

Complimentary Lunch with Sponsors and Exhibitors


Join our Sponsors and Exhibitors in the Exhibit Hall for lunch!

“The Impact of Health – on You, Your Clients, and Your Bottom Line”

Dr. Valov has spent his career learning what’s best for the human body – and how it impacts our performance. Hear his fascinating presentation on how it’s more than just diet and exercise – a different message than any you’ve heard before! 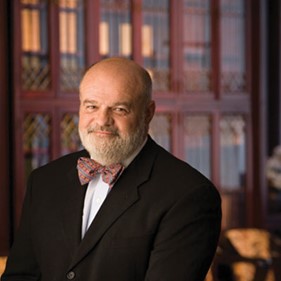 “Prospering in a Post-COVID World”

Probably the most in-demand speaker by insurance and financial advisors across the country! Joe is a behavioral finance expert and his Main Platform presentations are packed – wherever he speaks. Hear his no-nonsense, down-to-earth approach to help guide you to success!


“A Day in the Life of a Citizens Agent”

Explore how to make the most of your workday while writing and maintaining an accurate book of Citizens business. This course will provide new and veteran agents with the tools and resources needed to keep pace with Citizens in 2022.

An aging population, a pandemic, federal and state legislative initiatives are combining to bring the need for extended and long-term care planning to the forefront. Consumer conversations, education, and advocacy are basic to helping Americans deal with this growing issue. To help your aging client families (no matter how your client defines family) discuss the sensitive, if not taboo, topic of extended and long-term care requires an understanding of how to communicate and involve multiple family generations, plus, an inclusive step by step plan. 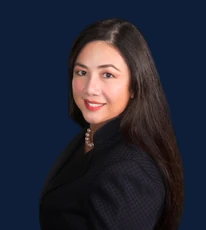 “Underwriting & Product Selection During a Pandemic & Beyond” – Approved for One Hour of CE!

Successful owner of Peach Insurance Services – and her own podcast – Peachie’s background as an underwriter provides her with fascinating insight into the in’s & outs of application approval – and how agents can better advise their clients in these uncertain (pandemic) times!

Come casual in your Hawaiian best and enjoy an evening dinner and dance party (with DJ)!!  Dance the night away!!! 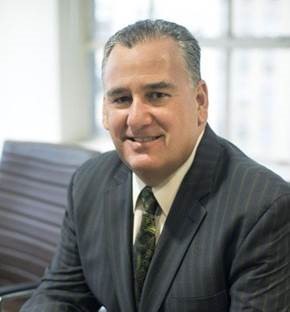 From Melville, NY, we welcome NAIFA President Larry Holzberg to our annual Symposium! Larry will provide a brief overview of  the exciting things going on at the national level! 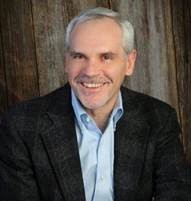 “The Basics of Home Equity and LTC”

As National Reverse Mortgage Director at Fairway Independent Mortgage Corp., Harlan will discuss the basics of how home equity can be a solution for financing long-term care. You don’t want to miss his extremely informative presentation! 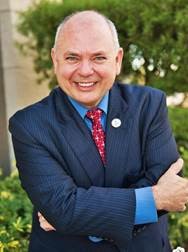 “Sowing the Seeds of Love: Building a Legacy Through Intergenerational Marketing”

President of Bryon Holz & Associates in Brandon, Bryon was a  speaker at MDRT’s 2020 Annual Meeting and Global Conference and he’s a 25-year MDRT member. Bryon will bring his unique, engaging style to our Main Platform – to share ideas for success!! Fasten your seat belts as he closes out our Symposium with ideas and motivation to help you make money every single day!!


Come break bread with your fellow Symposium attendees as we honor some well-deserving award winners – and congratulate our 2022 Leadership in Life Institute (LILI) graduates. 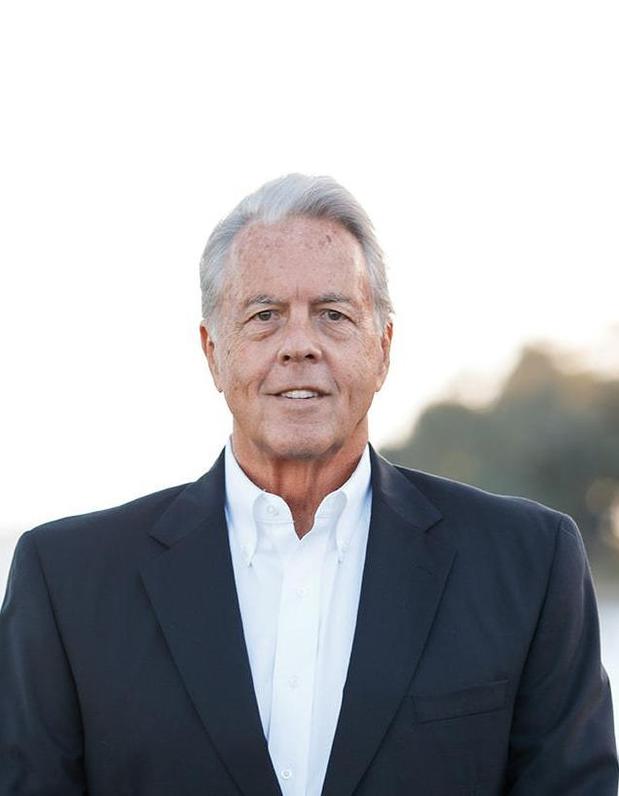 Want to understand more about Estate Planning or just need to brush up on the latest changes? Then stick around this afternoon and join Gary Englund as he gives an overview of transfer tax planning, probate planning, and legal documents for transferring assets at death. He’ll also discuss the most common estate planning mistakes!

The Reunion will wow you with an unmatched ability for bringing your friends and family together. Spend the day splashing around the water park, or rent a bike. After you have finished dining, catch the daily Disney® fireworks display from the pool deck.

The Reunion—features two or three bedroom villas that will be offered at $169 (plus tax and resort fee) per night.The “cut-off date” for accepting reservations into this guest room block is June 12, 2022. Reservation requests received after 5:00 p.m. local time at the Resort on the cut-off date will be accepted at Resort’s prevailing rate, based on availability. The NAIFA-Florida office will NOT be able to extend the rate past June 12, 2022. No exceptions will be made.

Resort fees— A resort fee of $15.00 per unit provides such services as: wireless internet in guestrooms and meeting space, free local & toll free calls, in room coffee service, in room newspaper service, access to fitness centre, ten swimming pools, water park with lazy river, access to Club Eleven (21.and up with photo ID required), access to three signature golf courses (other fees may apply), provides self-parking throughout the resort, on property shuttle service and express entry at all resort gates.